Transportation: Includes transportation between every stop and back to starting location. 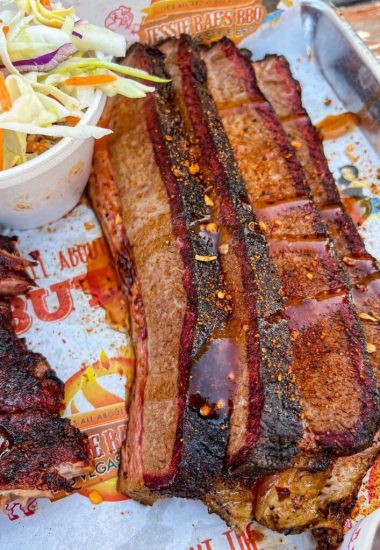 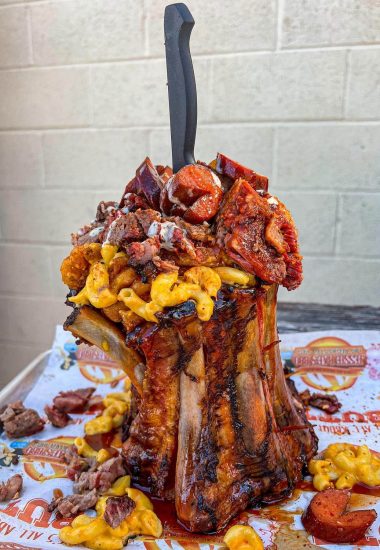 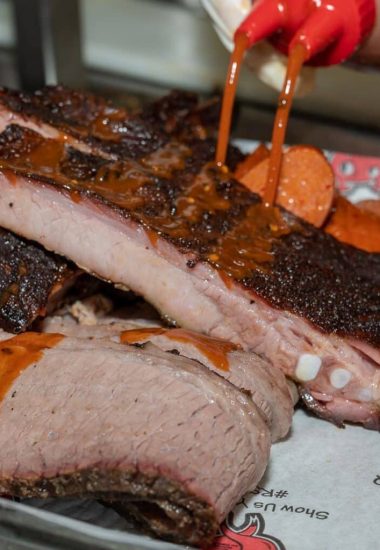 On the heels of its sold-out Las Vegas pizza tour extravaganza, Finger Licking Foodie Tours is pleased to present its next specially designed focused food tour on Dec. 18, this one spotlighting the time-honored traditions of smoke, fire, and melt-in-your-mouth barbecue.

Fans of ribs, brisket, pulled pork and the like won’t want to miss this three-hour culinary salute to ‘cue, which begins at 5 p.m., and takes guests to the three top barbecue joints in Vegas in one stupendous evening, all with immediate seating and VIP service.

The tour includes visits to Rollin Smoke Barbeque, Jessie Rae’s BBQ, and Big B’s Texas BBQ. At each venue, guests will chow down on a variety of meats cooked exquisitely low and slow, as well as on soulful side dishes. One pre-selected beer is included at each stop.

What’s more, guests will get to participate in three behind-the-scenes experiences: a tour of the massive smokers, a butchering demonstration that highlights breaking down large cuts; and a barbecue sauce tasting to discern the differences between styles and flavor profiles.

This unique tour is limited to the first 35 registered guests. Price is $125 per person, which includes all gratuities, plus shuttle transportation, and the gift of a highlight video afterward.

The tour begins at Rollin Smoke Barbeque, which was featured on “Barbecue Paradise’’ on the Travel Channel and named one of the “Top Places to Eat’’ by the Food Network. It was started by chef and Arkansas-native John Holland, who wanted to bring an authentic taste of hickory-smoked Southern barbecue to Vegas. He more than made good on that, growing the business to five locations in the city now.

The final stop is Big B’s Texas BBQ, where owner and Texas native Brian Buechner regularly drives back to his home state to haul wood back for his smokers.

You’ll taste that attention to detail first-hand in the baby back ribs, tri-tip, and mac & cheese.